So, Google decided to jump into the early Black Friday deal train with one of its recently released products, the Chromecast with Google TV (HD). You can now make it yours by paying 40% less than the actual price. 40% off on a new product? Yes, that’s right! 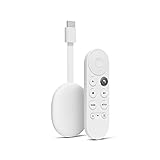 Your home screen displays movies and TV shows from all your services in one place; get personal recommendations based on your subscriptions, viewing habits, and content you own

VIEW ON AMAZON
View at Walmart

Chromecast does not need any introduction. It was released back in 2013, and its primary aim was to be a dirt-cheap way to stream content to your “non-smart” TV. Throughout the years, there have been multiple iterations of Chromecast. However, none of them could meet the value that the OG provided back in the day.

That changed after the Chromecast with Google TV (HD) came to the market. Although it is a step-down version of the 2020 model, it did not make significant sacrifices.

Yes, it ditched the 4K playback support and Dolby Vision HDR. But where can you get a streaming dongle for 1080p as cheap as the Chromecast with Google TV (HD)?

In other words, it has everything that people loved about the 2020 model, minus the ability to stream in 4K and Dolby Vision HDR.

Even in terms of looks, the new device is just like the 2020 model. That is, it still maintains the flat pill shape body, which has an HDMI cable coming out. The only difference that is in the design is the “HD” branding, which is printed on the backside of the device.

Other than that, the new Chromecast with Google TV (HD) comes in only one color option. Unlike the 2020 model, it does not come in pink or blue.

However, the white colorway does not look bad at all. In fact, it is sleeker than the blue and blue colors that are available for the 2020 model.

Alongside that, the included remote is the same as the last version. And let’s not forget to mention that this remote is pretty great. The IR blaster is on the front, and it enables you to control the power of the TV. 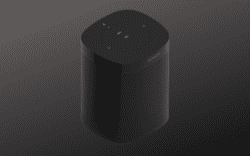 Also ReadGet a Sonos One (Gen 2) Deal at Best Buy

Furthermore, the new cut-down version also comes with a USB-C input, meaning that you will not have to use the ancient Micro-USB port that some of the cheap streaming dongles come with.

With all that said, there are some changes under the hood. The new Chromecast with Google TV (HD) features the Amlogic S805X2 chipset, which is not the same as the one found on the 2020 model.

Well, for this chipset, the new device does not have support for Dolby Vision HDR. But it supports HDR10 and HDR10+, which should be more than enough for a 1080p screen.

It also has support for AV1 video decoding. So, overall it is a must-grab deal if you have a 1080p TV lying around.