Bluetooth Codecs can be confusing and not all devices support them. Know before you choose your source hardware and headphones.

We are living in a world of Bluetooth resurgence. Over the last few years, it has become synonymous with our music listening experience.

Only audiophiles hold the bastion for wired headphones!  But, as a collective, most of us have left the headphone jack behind in the annals of history.

So, as we move towards a more wireless listening experience, especially in the age of true wireless earbuds like the UGREEN X6, Black Shark T1, Apple and Sony earbuds to name a few, it is incumbent on us to pay close attention to the technology that governs the audio quality we receive.

And the most important aspect of Bluetooth technology is the Codec!

What is a Bluetooth Codec?

Any audio geek will tell you that cables make a huge difference in the transmission of sound. In the same way, Bluetooth Codecs are like different qualities of cable. The links your audio device to your Bluetooth earphones.

Codec stands for encoder/decoder. It encodes and decodes digital audio data to optimize wireless transmission. All Codecs have their own quality constraints under which they operate.

Some prefer connection stability over data transmission loss. Others focus more on energy efficiency. The Bluetooth Coded will depend on the processor used by your earphone.

Why does a Bluetooth Codec matter to me?

The Bluetooth Codec and audio quality are directly related.

Now, Bluetooth is beyond a doubt a lossy medium of music transmission. Although Codecs have come a long way, they cannot match the performance of a wired connection.

But, that shouldn’t stop us from caring about the quality of music that we stream. 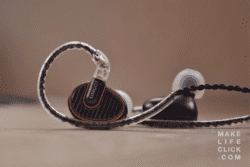 Let’s define a few terms before going in-depth into the various Bluetooth Codecs.

Denoted by Hertz or Hz/kHz, this is the frequency of the sound wave. From a data transmission point of view, it means the number of data points per second in an audio file.

Most digital audio has a sample rate of 44.1kHz. And, anything above 96 kHz is high-resolution audio.

Measured in Bits, it represents the level of detail or quality each sample has. For example, an mp3 file has a bit depth of 16 bits, whereas a high-resolution lossless file will be around  24 to 32 bits.

Multiplying the Sample Rate and the Bit Depth will give you the Bit Rate of an audio file. This is measured in bits per second or bps/kbps.

Latency is the time it takes for audio data to travel from the source device to your headphones.

What are the different types of Bluetooth Codecs?

Most people listening to a wireless earphone might not be aware of their Bluetooth codec. Identifying that codec can help you extract the most out of your Bluetooth earphones. 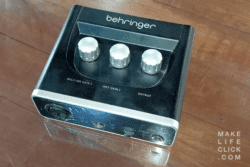 This is the most used Codec for all Bluetooth devices. It is in fact the default codec for all earphones up to Bluetooth 4.2. Bluetooth 5.0 also launched with the SBC codec. Since then it has been updated to use a low energy Codec that we will take about later.

SBC is capable of bit rates from 240kbps to 345 kbps with a sampling rate of 44.1kHz. It provides low latency audio without requiring a lot of processing power, but at the expense of significant data loss. This makes SBC not suited for high-quality streaming.

All Bluetooth 5.0 and under devices support the SBC codec.

Since the introduction of Bluetooth LE (low energy), the newest base codec for all Bluetooth LE devices is the LC3 codec.

All other codecs on this list send data over Bluetooth Classic. But, Bluetooth LE changes the game, with lower power and bandwidth requirements.

This is great for both the battery life and listening times of earphones. LC3 transmits at bit rates from 160 kbps to 345 kbps. Sound quality is better than the older SBC (see graph based on a study conducted by Bluetooth SIG).

But its main benefits are low power consumption, high connection stability, and low latency. This codec is only available with devices operating Bluetooth 5.2 chipsets.

Better known as the HE-AAC (High Efficient AAC), this codec is the standard audio compression format for Apple and iOS devices. It is also the standard format for YouTube Music.

It is a lossy data compression codec so it cuts out a lot of audio data during transmission. It is also a particularly power-hungry codec. Common AAC bitrates include 128 kbps, 192 kbps, and topping out at 256 kbps.

Android users won’t particularly benefit from this codec. Its performance on Android devices can vary wildly. But, Apple devices are optimized for this codec and allow high-quality audio at 256 kbps.

Another codec available for iOS users is the ALAC for lossless data compression of digital music.

ALAC is a lossless codec, hence it is different from lossy Bluetooth codecs like SBC or AAC. This increases the file size of the audio file and thus cannot be as energy-efficient as the lossy codecs. But, this leads to a significant audio quality increase as well.

ALAC codec on Apple Music allows lossless streaming up to 24-bit at 48 kHz, with a maximum bit rate of 384kHz. Anything about that and your phone will ask you to use a Digital Audio Converter or DAC.

The most common Bluetooth coded for devices with Qualcomm chipsets. Just like ALAC, aptX is also a lossless codec. It maintains a good balance between audio quality, connection stability, and energy efficiency.

Qualcomm is constantly developing the aptX codec, and now they have various versions out. They are aptX LL (low latency), aptX HD (high definition), aptX Adaptive and aptX Lossless.

The regular aptX codec supports 16-bit, 48kHz audio up to 352kbps, while aptX HD supports 24-bit, 48kHz up to 576kbps. AptX Adaptive allows seamless changes in streaming bit rate depending on the connection strength. And, aptX LL has the lowest latency in the market at 40 milliseconds.

If your earphones support an updated aptX codec, you can change it by going into the settings of your phone. Unless you do this, your phone will be streaming at its default Bluetooth codec, which will usually be aptX or SBC.

This is Sony’s proprietary Bluetooth codec for its TWS earphones. LDAC is by far the most robust lossless codec that gives the best audio performance at a bit rate of up to 990kbps.

Even at lower bit rates, this codec outperforms SBC, AAC, and aptX codecs in most audio tests.

Again, if your earphone supports LDAC, you would need to change the Bluetooth streaming settings on your phone.

There are various other competing Bluetooth codecs as well. Like, the Low Latency High-Definition Audio Codec (LHDC), Low Latency Audio Codec (LLAC), or Samsung’s Scalable Codec (SC) for its Galaxy Buds.  They all do the same task, but some do specific tasks better than others. Rest assured, that as Bluetooth technology advances many more codecs will come to the fore improving on existing ones.

Thus, we hope that when you buy your next TWS earphone you will pay close attention to its Bluetooth codec. Maybe, the supported codec will play an important part in your final decision.

Ushan appreciates all things audio. As a self-proclaimed audiophile, he has amassed a healthy collection of audio gear including HiFi, IEMs and headphones. He loves to write and share about tech and audio.