With the release of iOS 13 it seems clear that Apple needs something more exciting for customers.

Apple has released iOS 13. It’s flagship feature being Dark Mode and many other less significant updates.

There are plenty of new improvements under the hood that for many will be more important than Dark Mode. The photo features seem quite extensive and some updates to reminders are a great step forward.

Unfortunately, though, Apple has slipped further and further back to a place where they are increasingly playing catchup with their software releases. It’s not that surprising considering the industry is really more ready for significant hardware update, and perhaps software initiatives are hampered somewhat until that happens.

It’s worth noting that what has been released with iOS 13 are all great improvements for iOS device users, it’s just that they are not ahead of the curve with all of it.

Android 9.0 Pie came with the options. Android got there first but arguable Apple did it better. More and more apps support this but I’m not sure it’s a sensational addition, and certainly not first to market.

My Samsung SII (S2) had the swipe keyboard options years ago. For many one finger text bandits, this will be a nice addition but it’s just not all that ‘new’.

Something my many years old Lenovo tablet has sported for a while. Not sure if this is a certification issue. Perhaps they have to reinvent how Dolby can fit in such a small device and how to get it certified.

Security is important at Apple. It gives me confidence in committing to their ecosystem but, this is an incremental update. My Dashlane app covers the basics of what I need here. For everyday users who are not committed to a password manager, this is a good addition. Just not a big step up.

A cool addition to getting access to so many radio stations via Siri. But something that smart devices like Alexa and Google Assistant have been offering for years via TuneIn radio and similar. 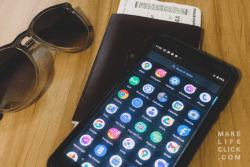 Yeah, not for me but probably a hit with others. Something Snapchat/Bitmoji and others have excelled at over the last few years.

Apple reminders has only had one useful function until now. The ability to say ‘Siri – remind me about this, then’. From there on it’s been a terrible UX experience. Clicking little information icons to make any changes. Just really limited and frustrating. The new Reminders is a huge improvement but still, just a catch up play with apps like ToDoist and Any.do etc. I do think other To-Do apps might be getting a little more concerned with the update.

Yes, some nice features in here but also incremental updates to an app that worked sufficiently well. The inclusion of features many other apps on other ecosystems offer.

Unfortunately, it will still be some years until Apple overcomes the terrible launch of Maps years ago. To admit that you launched a flawed app, and to recommend competitors apps will always make it hard for this app to advance. Google Maps (and Waze) have continued to excel at improving their own apps with features and most importantly accuracy. So, again, iOS 13 brings some nice new elements and features but incremental updates which continue to try to catch up and reclaim some user base. My biggest complaint with Apple Maps is that it is always about 20 meters late with my position.

There are plenty of good things with iOS 13 and I am personally excited about any improvements and updates to my iPhone (currently XR).

I just think Apple needs to have a breakthrough…soon…to help elevate them above the catch-up updates we’ve been getting in the last couple of years.

These latest improvements to iOS will keep me in the Apple ecosystem a while longer and there is definitely less reason to move to Android, but it would be nice to have something cutting edge in the next iOS release.