While neither of these headphones is cheap, you want to make sure your money is well spent. We will outline the pros and cons so you can make the most informed purchase possible.

Let’s compare Bose 700 vs Sony 1000xM3 to decide which is the better set of noise-canceling headphones.

Putting money into a good pair of headphones is not just about sound. You want them to be comfortable to wear. Both the Bose 700 and the Sony 1000xM3 are lightweight and sturdy, with a comfortable fit. 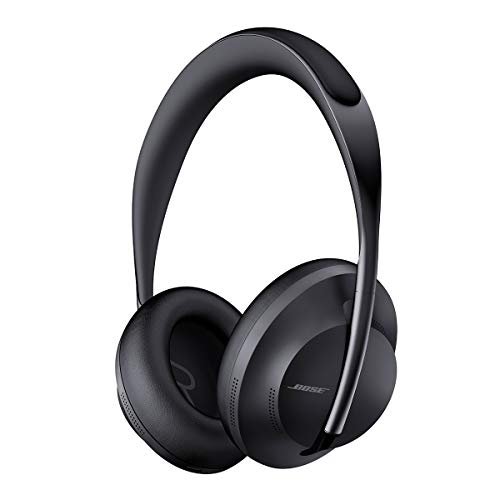 The padding on the Bose headphones is somewhat stiffer compared to the Sony set but the headband is lighter metal, so they stand up to tougher conditions such as the bottom of a bag or backpack.

They each have controls that are touch-sensitive for playback and sit on the side of the headphone earpieces. It just takes a swipe to adjust the volume and to skip between tracks. If tapped, then playback can be paused.

The place where you will find the difference in build quality is the hinges and general design. Sony’s headphones have headband hinges so the wearer can fold them down. The Bose design doesn’t have hinges. Instead, their earcups swivel up to 90° so the headphones can lie flat – but the end result isn’t as compact as a folded Sony set. 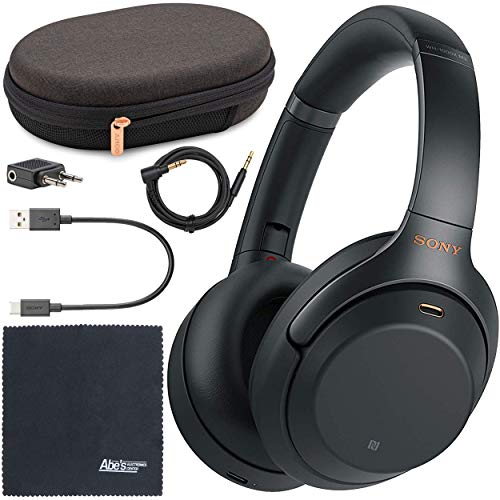 In the grand scheme of things though, if this isn’t an issue, Bose’s style is amazing. Unless you frequently need to transport them in a small or fully-packed bag, their simple and sleek design makes up for the larger packing size. 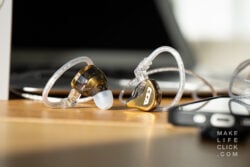 One way to assess the relative quality of noise canceling headphones is to look at how well they cancel low-frequency sounds. That means noise that is under 1000Hz, such as “white noise” sources like a bus, airplane, air conditioning, or fans.

Bose headphones can reduce ambient noise by almost half. The limit is also adjustable, so you can change lower it if you want or need to hear what is going on around you.

While Bose NC is good, Sony noise cancelling headphones are better. They can reduce low-frequency sounds to about a quarter. They also can adjust if you need to have some flexibility with hearing the world around you as well as your music.

While listening is the prime goal with these headphones, a good microphone gives them extra utility – especially if you don’t want to remove or switch out your headphones to take work calls. Both these headsets have good microphones that reliably pick up your voice. However, one does stand out above the other.

Microphones are designed to pick up the sound of the human voice while ignoring other sounds. While some companies will work to pick up particular notes better than others, most will find a midrange. Sony and Bose both have some of the best sound engineers in the market. Bose is good, but it has a sharp drop at around 200 Hz. As a result, users with a deeper voice won’t get their true voice heard. The deeper notes will be softer so the pitch of the voice will sound higher than it actually is. This is not always bad as it stops that voice that booms from being overwhelming. So, it has its pros and cons.

In contrast, Sony does not have that sharp drop off in its sound. The mic should be able to pick up a voice and it will sound as it would in everyday conversation. It won’t be altered by loss of base or increased treble.

It’s a pain when you need your wireless headphone set, and they have low battery. Noise cancelling headphones use more power than basic models, so having a good battery is even more important.

When it comes to battery life, the Sony and Bose headphones can be measured pretty evenly. If you test both sets by having the sound set a particular level and the noise-canceling turned on, then you can see the length of time it takes until the battery dies. Bose tends to last around 21 hours and Sony 24. Both do pretty well but Sony has the extra long-lasting battery.

While all these qualities are important, which headphones sound better? Each of us has a personal preference, but sound quality is measurable. Bose is good a reproducing sound that works across the frequency range, while Sony has a strong bass sound and tends to be louder in the lower range. Bose is strong in the midsection, which works well if you like to listen to music with a lot of instrumentation.

The great thing about either of these sets though is that their sound can be altered with their apps. They have basic equalizers to adjust to a sound you prefer. The Bose app is particularly well-designed with easy customization options. 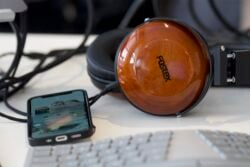 The other issue to look at is the Bluetooth data transfer. More data means a chance of better sound. Sony tends to beat out Bose in this capacity as they have multiple Bluetooth channels vs Bose’s one.

At the end of the day, the Bose 700 vs Sony 1000xM3 are both good noise cancelling headphones, but Sony narrowly comes out on top. They are less expensive than Bose and tend to have an edge in their sound, noise cancelling and battery life. No matter which set you choose, you are going to have a good set of headphones. If you can try them out, then that is a good way to go so you find the perfect ones for your personal enjoyment and use.