Over the years, I have owned, demoed, reviewed and sold probably hundreds of sets of headphones. But only a few have ever really left an impression on me, and fewer still, have actually made it into my collection.

As an audiophile, I am passionate about ensuring that the sound experience people have when listening to their music is the very best.

It is both a personal expectation that my hardware will move me and also an expectation on myself that I can help others experience the feeling that real quality audio gives you. 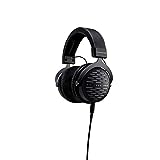 The Beyerdynamic DT-1990-Pro are the most versatile and honest headphones in my collection at this time. They have come down in price significantly over time and they were worth the original price in my opinion. Nothing is inflated or scultped and the overall sound stage and sound signature is superb.

VIEW ON AMAZON
See at Beyerdynamic
Read our full review

Around 10 years ago when I started Headphones Canada, my goal was actually that I wanted to own a set of Shure SE846 in-ear monitors. And I figured, instead of just spending the money, that I’d set a personal challenge to create a way to fund that purchase.

That was the birth of Headphones Canada, which was so successful that I didn’t actually bother buying the SE846 in the end. And the pinnacle IEM I went for was a custom in-ear monitor set.

If we start way back in the beginning, we’d probably go back to about 2004 or 2005 when I got my first set of Etymotic earphones, the ER-4 (still an awesome set of earphones and now ER4SR and XR models).

Etymotic was traditionally a hearing company, a hearing specialist company, but had started to produce incredibly beautiful-sounding neutral earbuds akin to in-ear monitors in the 1990s. They had a little foam tip…they still do…that you squeeze down, put in your ear, and listen to your music from. I just remember that was one of the first earphone experiences that really blew my mind.

The next set of in-ear monitors that I owned that I was really impressed with was the Shure E2c which were almost a precursor or a pre-runner to the SE series, such as the SE215, SE535, SE846, etc.

The E2c also had large earphones which you would scrunch up and stick the earphone in your ear, and then the seal made these an incredibly self-isolating and delightful audio experience. I spent a lot of time commuting in those days, especially on the London Tube, so these made the commute just so much nicer.

This is still in a time in history where audiophile in-ear monitors were not as widely manufactured as they are now and there were far fewer brands.

Skip forward a bit and we start getting into the headphones.

And as someone who was traveling a lot around Europe, I really wanted a decent set of active noise-canceling headphones but at the time, didn’t have enormous amounts of budget. My, what I think was Audio-Technica ATH-ANC9 that I bought at that time was just what the doctor ordered.

They were not too expensive, but the active noise-canceling was suitable and sufficient for my needs, and the sound quality was perfectly acceptable.

They’ve come a long way since then and have created some really impressive headphones. But what really made these a favorite was that for that price, I could get active noise-canceling with acceptable audio quality, a decent battery life, and not have to pay an absolute fortune.

The Bose QC15s were great in their time but never my favorite. I liked them, but I hated the styling. The noise-canceling was great but I really couldn’t fall in love with the sound signature. So they didn’t make it into my favorite headphones bracket.

The QC35, however, which I owned many years later, became an unwavering companion for any trip I took that involved trains, planes, or automobiles. My job at the time required very long-haul flights, the longest of which was a 17-and-a-half-hour nonstop journey from Auckland to Dubai and then a nearly eight-hour flight from there to London Heathrow.

I was in the top 1% of global travelers at this time, by distance, and my Bose QC35s were an absolute stalwart supporter during these times. While I didn’t originally fall in love with the sound signature, they were light, comfortable, battery life was excellent, and they didn’t make my ears hot on these long journeys.

The Bose QC 35 and then QC 35ii, and now Bose QC 45, in my opinion, may not offer everybody the audiophile experience they desire. But for me, personally, I much prefer their sound signature to the Sony WH-1000XM4. 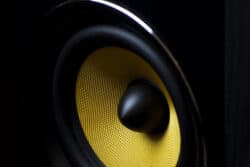 Upgrading from the QC 35 to QC 45 is a no brainer for me. I love the light fitting, the fact they don’t get hot, their long battery life and the case is one of my best carry on items to the plan. It handles my passport, pen and cables. The sound signature is something I’ve come to really appreciate despite being unsure to start with. IMO – better than Sony, better than B&W, better than Apple.

VIEW ON AMAZON
View at Bose
View at Best Buy

The Sony sound signature, for me, is a little bit too heavy and wooly in the bottom end, whereas I find the Bose sound signature and soundstage to be much more pleasant to listen to, especially over long periods. The listening fatigue is really low.

The partner that I first chose, the FiiO A3 portable headphone amp, was swapped out for a Schiit Audio stack – DAC and Headphone Amp. The HD 800 and HD 800 S impressed me, but I didn’t feel the need to go from the 650s to such a high-end and open-back, open-soundstage headphone.

For me, the increased cost was just not worth it.

Now, without doubt, one of my favorite headphones of all time…which is still my staple, although unfortunately, one of the left ear-cup springs is broken…is my Fostex TH-X00 which I got from Drop.

These have a beautiful, natural but full-bottom end, plenty of mids and treble, and they make me feel about as close to Hi-Fi as I can for a unit that cost only around $400 USD at the time.

For different reasons, I started with the Beyerdynamic 770 PRO, which I found incredible value for money, incredible sound, and beautifully neutral. But, when I stepped into the Beyerdynamic DT 1990 PRO, I knew that I had probably reached the current pinnacle of my personal headphone experience to date.

At the time, they had launched for over a thousand dollars, and Beyerdynamic had sent me a pair to review, which I didn’t do for some time. When I finally did, and actually really spent some decent time with these headphones, was blown away at the incredible range representation from the bottom end right up to the treble.

Anything I threw at these headphones made me smile.

At this time, my Fostex TH-X00 have a place at the office desk. My Beyerdynamic DT 1990 PRO, I use for video editing and for audio listening at home.

My current go-to in-ear monitor is hard to pick at this time, and my Bose QC 35 have just died after 5 years of extensive use – I lent them to someone and they’ve come back unwell.

And so, fortunately, it’s time to try out the Bose QC 45 and see how they perform.

With travel opening up again, I definitely look forward to trying out these on a long flight to somewhere with sun, beaches, and Pina Coladas.

Do you have a favorite set of headphones?

Let me know in the comments below. I’d love to hear what you’re into.