Sony is pretty much on a roll when it comes to the headphones space. They currently have one of the best noise-canceling headphones in the market, the XM4s. The same thing is applicable to the in-ear earbuds.

Latest Deal: The Jabra Elite 4 Active Are at a Stellar Price Right Now!

In fact, they have shown the world how innovative they are with the release of the LinkBuds. So, are we going to see more innovations with the upcoming headphones?

Even though Sony did not publicly announce anything about the new headphones, the timeline does suggest that the wireless headphone lineup is soon to see a newcomer. The XM3 was released in 2018, while the XM4 came out in 2020. However, an official FCC filing has pointed out some interesting upgrades that we can see in the next iteration.

The filing suggests that the XM5 might have a tweaked design along with an upgrade in the battery department. But do take these suggestions with a grain of salt because nothing is confirmed from Sony.

In terms of the release date, there is speculation that we might see it getting unveiled on 8th August. Why? Well, the recent FCC filing has a tie with a short-term confidentiality agreement. And that agreement will end on 8th August.

So, can you be sure that the XM5 will launch on 8th August? Not really! The release dates are something that is not set in stone. However, with the rumors that are going around, many still believe that the release date can be somewhere around August 2022. 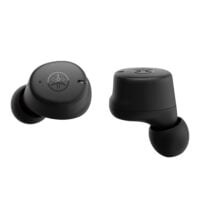 Nonetheless, when it came to the XM3, the launch date coincided with the IFA tech show in Europe. And that show is due to happen on 2nd September.

So, if you match things up and put them into an equation, there is a truly a high chance of the XM5 releasing somewhere around August 2022.

Furthermore, you should note that the filing did not mention anything about WH-1000XM5 by name. There was a codename “Y2954”.

Disguising the identities of the unreleased products is a standard. Take a look at the LinkBuds, for example. The filing had it as “Y2953”. That said, the rumors and speculations have suggested that the codename “Y2954” was for the XM5. And the past trends do validate that!