I’m coming at this topic from a place of experience. I had the Gen 1 Apple Pencil and now the Gen 2 Apple Pencil.

With the Gen 2 Apple Pencil, I thought that maybe they would’ve fixed all the issues that existed with the Gen 1, but I don’t think they’ve stepped very far forward at all.

Why are Apple Pencils so Poorly Designed?

The one redeeming feature about the Gen 2 Apple Pencil is that it wirelessly clips onto the side of my iPad Pro, and charges at the same time.

The Gen 1 Apple Pencil was absolutely horrendous in that you had to stick it on the end of your iPad, and it stuck out like something wanting to get snapped off at any moment.

If you’ve ever tried charging a Gen 1 Apple Pencil on your iPad during a short domestic flight, you’d know how ridiculous it all is. There’s a good chance you’ll take out the drink of the person next to you.

When I recently bought a new iPad Pro with the Magic Keyboard, which is a whole different conversation, I also got the Apple Pencil. I thought that, finally, Apple might have created something more usable.

But it’s not. The Apple Pencil suffers from a few flaws, in my opinion.

From a company that managed to put the world in your pocket through the iPhone, packing it full of all the processes, batteries, screens, and buttons needed to watch movies, read books, search the internet, listen to music, and look at cat memes online, I don’t understand why the Apple Pencil has to be so heavy and big.

I expect it is for all-around battery life, but it’s not the most comfortable thing to have in your hand for a long time in terms of how it’s balanced.

And I can’t help but wonder if they could make some adjustments to balance it just a little bit better by putting a little bit more of the weight further forward in it. 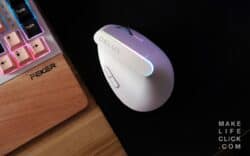 All of those pencils have either a width or surface finish that helps hold on to the pen. The Apple Gen 1 pencil includes a sleeve I bought online for cheap to provide better grip. I don’t want to do that with the Gen 2 as it won’t magnetically charge.

The thing I also struggle with the Apple Pencil is that it has a very straightforward design. It’s like the old HB pencils we used as kids in school, except it doesn’t have that nice light and a very tactile feel to it.

Because of the weight, it makes it even more difficult to hold. You have to pinch a little bit harder to make you feel like you’ve got a good grip on it.

I understand that they want it to lie sleekly on top of your iPad to charge and that it makes a nice overall form factor. But in terms of functionality, it needs some sort of thickness to it at the business end to make it a little easier to hold onto.

It’s almost designed to be slippery. It has a svelt feel to the outside, which again, makes you feel like you have to grip extra tight just to get hold of it.

On my Gen 1 Apple Pencil, I bought a rubber sleeve that slots over the pencil to provide extra grip. I’ll also probably do this for the Gen 2 Apple Pencil, but the problem with that is it won’t lie nicely on the side of the iPad Pro and charge.

I think it’s on Apple to create a solution for this because as it stands, this thing is so slippery at times. It’s so frustrating that I want to throw it against the wall, and that’s not my personality type – unless I’m playing darts for pen nibs.

There are loads of third-party solutions to make the Apple Pencil feel more pencil-like on the screen of your iPad. There are screen covers you can put on, which make it feel a little bit more paper-like, including the brand, Paperlike. 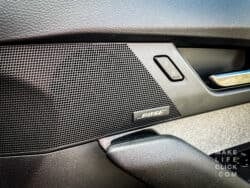 As someone that also owns a remarkable two tablet, I find it a little bit tricky to write on the screen of the iPad because it’s just so slippery.

The screen is slippery, the pen nib is slippery, and I understand there are probably some technical restraints, which caused it to be this way. But on top of the other three factors, I’ve mentioned above, these compound to create a confluence of challenges.

The solutions that I’ve looked at include taking electricians’ shrink-wrap sleeves and tightening those on the unit, or getting chiropractic flex tape and wrapping small parts around it.

You can use third-party grip sleeves that go over the edge or any kind of cloth material or tape that you can put around the outside.

Someone even said that they grabbed the finger off a silicon glove and cut it and pulled it over. Well, I don’t know how that would work unless it’s a very small glove.

As it is with Apple, it’s so common for them to create a product that spawns a whole range of accessories and new categories of add-ons that you need to buy.

My appeal to Apple is not necessarily to take a leaf out of any of the E-Ink readers, but just to think through what a better, more ergonomic, and easier-to-hold Apple Pencil might look like. Surely the richest company in the world can manage that.