If you are an avid user of YouTube, you might already know how the video progress bar looks and feels. As the video goes forward, the bar turns from white to red.

And this red coloration in progress can stick out on the screen when you are in fullscreen mode. To tackle this issue, YouTube has been testing a white or gray color for the progress bar.

Last month, some of the Android app users of the streaming platform had already started getting the new coloration.

Wondering how much of an impact would white or gray progress bar make? One thing is sure; it will not make that much difference during the daytime.

However, during the night, the bright red coloration of the progress bar can indeed stress the eye. That’s what YouTube is after.

Nonetheless, the progress bar feature that some Android app users were getting is now launching more widely.

Many users of Google Pixel 6A have already reported that they got the feature on their app. But it’s not just the Pixel 6A. Users of other phones have also reported this new feature to 9to5Google.

Basically, the way how the new progress bar works is that it still becomes red when you play, scrub through, or pause the progress bar.

At other times, the bar will turn light gray if your device is in a dark mode. In other words, the progress bar slowly turns light gray when the heads-up interface of the app disappears.

However, if your device is in the light theme, the progress bar will remain red and will not turn gray. This makes us believe that YouTube worked on the design by keeping nighttime consumption in mind. 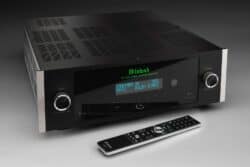 That said, it’s not like the gray progress bar will be there throughout the entire video. It appears for a short beat when the video is being watched in the landscape.

And after a while, it disappears from the screen. Now, the new progress bar behavior of YouTube is not just exclusive to Android phones.

It has started to appear on iPad and iPhone too. So, no matter whether you are on iOS or Android, you should get the update pretty soon if you have not already.

On that note, if you did not get the update yet, check whether the YouTube app is on the latest version. If not, update it right away.

However, as the feature is a server-side push update, some users might get it even without having the latest update installed.