OneOdio sent me the A10 to have a listen to and to provide some feedback on what I think about them. I’ve had them for a little while and have had a good listen to them, especially traveling and also while in the office.

The price point was of immediate interest as I do think there is a little bit of space in the market at around the $100 to $150 mark for active noise-canceling headphones.

Affordable and good quality ANC headphones for travel or work

The OneOdio A10 ANC headphones are a great budget active noise canceling headphone. Comfortable enough, lots of battery power and a pretty good sound across the frequencies. Add in a cable option and airline adaptor and for less than $150 you’re set to travel….or use in the classroom, cafe, office or while commuting. A solid 4 stars.

See Price on Amazon
…and another 207 Reviews 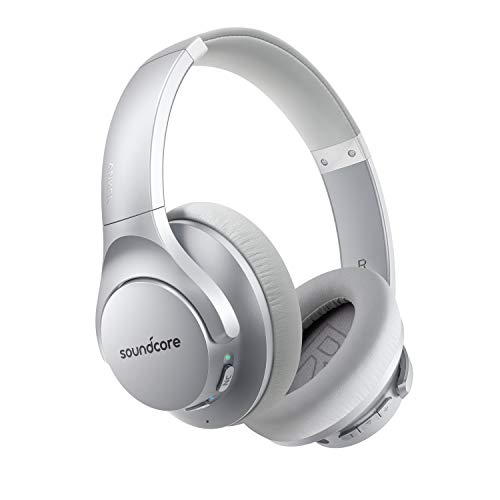 I have to say when I first opened the box and saw the case inside, I was really impressed. The case is a nice, solid, single-zipper case. It has a nice low profile. And when you open it, it has a similar folding style for the headphones inside as you get with a pair of Bose QC 45s or QC 35s. There’s not a lot else.

The external box itself is even quite attractive, and the weight of it gives you the feeling that these things are going to be a pretty serious contender at the price point.

Once you unzip the case, the headphones are held within a light elastic band, which is a nice touch for travel. There’s a manual and also a small accessories kit, which includes headphones and other accessories including a 3.5-mil to a 3.5-mil jack plug, as well as a USB-C charging cable.

There’s also an airline adapter, which points to the fact that these are really designed and targeted at people who are traveling and especially traveling on airlines. People may not have the budget for a $400 or $500 pair of Sony WH-1000XM5s or Bose QC 35 or QC 45s.

As soon as you pick these things up, they just have a really nice, premium feel to them. There’s a good weight, a nice, solid feel to the ear cups, and a nice, soft velour headband. The ear cup foams are soft and definitely nice around the ears, and these are circumaural headphones.

When you first power them up, there is a voice instruction letting you know that they’re powered up. There is an LED on the unit as well, which shows power and connectivity.

When you first put them on, they are really quite comfortable. There is good pressure on the ears. And I had them on for a couple of hours today in the office without too many issues with pressure around the ears. They’re a little bit tighter than I would like for a super long haul flight, say 12 hours plus, but anything less than that, I think you’re gonna find these are just fine.

There’s a range of buttons around the ear cups. One is the power button, which is a long press and hold, which then also doubles as a play, pause, skip, and answer calls button.

There’s a volume up and volume down separately. And those are separated, which I really like so that when you put your thumb up to use the buttons, it’s very clear where you need to be pressing to create the action.

As I’ve mentioned, I had these on for a couple of hours and the air pressure was pretty good. There is a good squeeze to them, so if you’ve got a particularly large head, these may not be suitable.

If they added a little bit more foam padding in the ear cups to just push them off your ear a little bit so that that circumaural feel gave your ears a little bit of room to breathe on the inside, I think that would be ideal. But that is a very small criticism of what is overall a very comfortable unit to wear.

There are lots of giving in the headband and lots of movement to create extra reach if you need it to get down to your ears.

The sound stage is quite closed and quite close, as with the driver being close to your ear. There isn’t any particular separation between instrumentation and not one frequency stands out, particularly dominant between the bass modes and treble.

Some quieter tracks that may have a more broken down ensemble to the sound do have the ability to create some space in the sound stage, but overall, most music you listen to is gonna be pretty close. This isn’t particularly off-putting and isn’t particularly unusual for active noise-canceling headphones, but more so with these, than their more expensive counterparts.

Also ReadWhat To Consider When Buying Headphones For Running

The sound quality is pretty good. Between the three frequency ranges, from bass right through the treble, they definitely share the space well. Where often more affordable headphones like these in the budget range can have inflated bass that overpowers the mids and trebles, these actually sit quite even between each of the frequency power points.

The bass is not particularly heavy or tight. It is definitely there. The mid-bass is a little bit loose and woofy. And the bass and sub-bass are also not particularly tight. But it is there and it does provide enough of a layer underneath the mids and trebles to create a pretty good sound.

Of all the frequency ranges, the bass is probably what could use a little bit of tweaking in later versions. But again, at this price, you’ll not have much to complain about. And I certainly didn’t find myself wishing for change as I listen to them over long periods of time.

The mids sound good, vocals, clear guitars, mid-range drum sounds, and keyboards all sound pretty good. I would definitely recommend these for most genres, acoustic pop, and some rock.

And that is one thing they do quite well is because of the not particularly V-shaped or inflated sound signature, you find that these are quite good across most music genres, which is excellent when you’re traveling because you never know what you’re gonna be in the mood for.

With the active noise-canceling off, this doesn’t change significantly. It opens up a little bit more and the compression drops a little bit, but overall, with ANC on and off, these sound pretty good both ways.

The battery life has an estimated 50 hours, which I think is more than anyone’s going to need before you can find a charger with a USB connector. And there is the 3.5-mil jack plug as an option if you need to run it directly in.

Bluetooth 5.0 is what these cans have been made with, which gives you a good, stable connection to whatever you’re connecting to. For most of the sound testing, I used my iPhone, which I find most of our readers are also using, or an Android smartphone or an iPad, but nonetheless, a mobile device.

So, with a nice, firm, hard case, a nice build quality and excellent battery life, Bluetooth 5.0, active noise-canceling, and an appropriate arrangement of accessories making you ready for travel, these definitely get a solid four out of five for me.

The sound stage is a little squashed and a little close, but they still sound good. And because all of the frequencies sit quite well together, these really are going to be good for most genres that you want to listen to.

If you’re a heavy bass head, then these probably aren’t the active noise-canceling for you, and no Jedi powers I throw at them are going to make them so. But for the predominant audience for those who are traveling, wanting to use them in noisy environments like offices, student flats, student halls, and cafeterias, then these are a really great value for money active noise-canceling headset from OneOdio.

If I had any criticisms, it would probably be to have less of a prominent logo on the headphone case, which is really a subjective thing, and to tighten up the bass a little bit, then these would really start to shine and could probably fetch a higher price.

As it is, I’d have no hesitation in recommending these to people who are looking for a budget-active noise-canceling set of headphones. If you’ve got any questions, I’d be more than happy to answer them in the questions below, but check out the video and the image gallery to get a better idea of what these look and feel like.