Getting rid of wired systems without needing to compromise one bit over the quality is a dream for every homeowner. 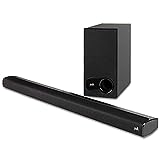 And it seems like that dream of embracing minimal equipment is becoming a reality for many. That is why the global home audio equipment market is reported to reach US $49.9 billion by 2026.

What explains such a high number of home audio equipment? For starters, the market is experiencing a high influx in the wireless audio equipment department.

Now, you can get multi-channel and multi-channel systems that are supported by a single soundbar. And the demand for such systems is already on the rise.

Then comes the advancements in audio technologies. Take Dolby Atmos systems, for example. But that does not mean that the advanced audio techs are the only ones leading the charge in the high influx of home audio equipment.

Before, the home audio market was estimated at 36.3 billion USD this year. But it is now projected to reach a revised size of 49.9 billion USD by 2026.

Although the estimated projection in 2022 is 13.1 billion USD for the U.S market, China has forecasted to reach 6.1 billion USD by the year 2026.

The U.S market currently accounts for 36.2 percent of the share in the global market. China has the world’s second-largest economy.

As stated, it plans to reach 6.1 billion USD by the year 2026, and it is trailing it with a CAGR growth of 11.8 percent throughout the analysis period.

Among them, there are Canada and Japan. Each forecasts to have a 9 percent and 7.9 percent growth, respectively, over the analysis period.

Then, there is Germany. The home audio equipment market forecasts to grow with an approximate CAGR percentage of 8.7. What about the other part of the European market? As defined in the study, the rest will reach 3.6 billion by the end of the analysis period.