With a major push for new sound formats in streaming platforms, it seems like the future of how people listen to music leans more toward immersive audio.

At least, if you consider the recent report from Dolby. The company claimed that there had been a growing rise in the number of big-name acts offering their tracks to the users in Atmos format.

From the report of Music Ally, Kevin Yeaman, the CEO, has stated, “We have two-thirds of the top 100 Billboard artists that have one or more songs available in Dolby Atmos” in a company financial earnings call that happened earlier this week.

If you give a quick look at the latest album chart, you will notice that the chart does back up what Yeamna is claiming. There are loads of new albums from big-name acts, such as Lizzo, Harry Styles, and Megan Thee Stallion, on the list.

All of these big-name acts have released tracks in Dolby Atmos in recent weeks. This also indicates that multi-channel mixes might be on their way to becoming a staple for major label acts.

Although it followed the footsteps of its rivals, Tidal and Amazon Music, the library’s size makes Apple Music stand out.

Furthermore, the recent news from Dolby stated that Qobuz, a high-end music streaming service, has teamed up with THX. The collab happened to offer the newly announced 24-bit THX Spatial Audio format.

Three tracks that feature THX Spatial Audio are already available on the platform. The tracks are from Dinosaur Jr, Circuit des Yeux, and Anat Cohen. 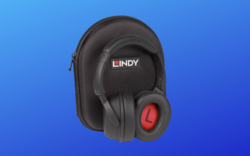 If you give these three tracks a listen, you will know what Qobuz is actually trying to offer with the 24-bit THX Spatial Audio format.

That is, offering an impression that you are in the same space or same location as the performers of the music. And the great news about this feature is that you do not need any special pair of headphones.

Regular headphones are more than enough to give you that sort of impression, which is, again, a big leap for the future of immersive music. Now you can get a glimpse of that future by giving the three tracks from Qobuz a listen.