When I started researching and wrote this Huawei Watch 2 Sport Review (4G), I knew it wasn’t a ‘new’ watch, but as there are still few options on the market which can beat it, and CES yielded very little, and Google doesn’t seem in a hurry to release a branded watch (as far as I can see) so here is the review.

Let me set this up. I purchased this from Amazon UK and had it shipped to NZ. (See here for latest price in the UK) I got it on a pre-Christmas sale but the price is currently still low enough to make it well worth it. The LTE model is not available in the US from what I can tell. The LTE/4G bands are compatible with the UK, AU, NZ (and many more countries too – US?). So if you are thinking of getting the Huawei Watch 2 Sport LTE model for use in Australia and New Zealand then you can know with confidence that it works. For this model anyway.

I am fairly committed to the Apple ecosystem so making a choice between this and an Apple Watch was interesting. How much was I going to sacrifice for using an Android Watch with an Apple iPhone? I’ll explain more in a minute.

There was only one most important element the Huawei Watch 2 Sport could not deliver and that was being waterproof. It is water-resistant but not waterproof. Some sites imply it is waterproof, and it can handle some water but I wouldn’t go swimming in it, personally speaking. It’s IP68 rated which is, according to Wikipedia as below.

IP68 is “dust resistant” and can be “immersed in 1.5 meters of freshwater for up to 30 minutes”

Sports with music capabilities – without the need for a phone

I read extensive reviews on all but you can read them all too if you like. These are watches that allow for offline music. ?

The full running watch with music list, with details, is available here

Why not the Apple iWatch?

I gravitated to the iWatch features and the knowledge that it would just work with my iPhone. There were a couple of things that put me off the Apple iWatch 3 and 4

So after nights and nights of , I decided on the HW2 4G model. I even did a little spreadsheet to understand what the differences would be in terms of needing a phone and not needing a phone would look like between iWatch and HW2.

The ultimate goal here was 1: Be able to walk out of the house and not need my phone, but still be contactable if really needed and 2: Look at my phone less during the day.

So now I had made the decision on the Huawei Watch 2 4G, let’s get on with the R…

Let’s get the Pros and Con’s out of the way.

It’s easy to expect too much from a watch in early 2019 when things just haven’t moved on as fast as they could have. Once I adjusted my expectations on the HW2 I realised that it was going to do almost everything I wanted. Look good, allow me to go out without my phone and stop me look at my phone in micro-moments all day. Now with a quick glance, I can get insights to my day without being as rude or distracted.

The screen is not as big as some of the other models and some about getting fingerprints on the screen, but I disagree. If you truly have big fingers then it might not be as easy to manage but I find I can manage the watch easily if you have greasy burger paws then you’ll get any watch greasy.

Google assistant is slow but I think even Apple only got that right with the iPhone 4. It takes a fair bit of processor power. It works, don’t get me wrong, but it’s not a fluid as it could be.

The Huawei apps are really good and you still get Wear OS and Google Fit (including Fit Breathe which is pretty cool for quick meditation and breathing exercises).

iPhone users don’t get the same rich experience as Android but considering the biggest benefits of the watch phone connection are notifications, you get the big bits.

The main thing I didn’t expect with the watch is that I haven’t used, or wanted to install and extra apps except for a couple of watch faces, Uber (which I haven’t used yet) and Spotify (although I ended up using Google Music and it’s fine).

I did a list of the apps I was going to install as soon as I got it but never really got far through it. Either because I didn’t want to slow the processor down anymore, they didn’t work as I expected or because I just realised I liked the watch as it was, and what it offered.

The phone call quality on this is really quite surprising. I was out buying something at the store when my phone went flat and I needed to phone home to get some advice on the purchase. I called from my watch and had a very good two-way call.

The dual microphones and speaker on this watch are ahead of their time considering it’s not a 2019 build. Very happy with the quality and experience – you wouldn’t know I was calling from a phone and I could hear the other people clear as a bell.

Fitness has been one of the biggest successes of this watch for me. I find that I WANT to run and train because of all the rich data it gives me an attractive view.

The GPS tracking has been excellent and the heart rate monitoring as encouraged me to push myself. The training programs you can set up on the Huawei health app and sync to the phone give me running training plans that have helped me build up fitness and stay committed to a regular running schedule.

Even the basic function of walking daily and trying to achieve 10,000 steps has been motivating. It might not be an ‘extreme sport’ watch but it really does work for what any regular sports enthusiast would need.

Playing music on the go, either online or downloading music to the phone via Google Play Music has been excellent. As soon as I turn on my headphones the watch pairs very quickly and I’m straight it. The quick controls that appear on the watch make it easy to stop, play, pause, skip etc. The volume controls have taken some figuring out but it’s fine.

One gotcha was my anticipation of using Spotify on the watch. It does work but only as a controller for the app on your iPhone/Android phone. It turns out only Google Play Music allows you to download music to the phone. I just got a stack of my music and uploaded it to Play Music and then downloaded a few albums, rather than stream them. Google Play Music allows about 50,000 songs for free so it’s a great set up.

If you have an iPhone then the Google Maps app doesn’t allow you to navigate on your watch. You can use Google Maps on the watch to search locations and then send them to your phone but you can’t navigate on the phone. My understanding is this isn’t the same for Android users (perhaps you still need the phone though?).

Can you use the same phone number on the iPhone and Watch?

Different countries have different mobile setups so check with your local telecommunications company. Most won’t let you share a phone number on the phone and watch, that’s how it is in little old NZ too.

This allows me to leave the house and receive phones calls, send text messages (not iMessages) which the goal = success.

I purchased a couple of extra chargers. One I leave in the car and one in the office just in case I get caught out. So far, 2 months, I’ve only used the office charger twice.

– An affordable charger that similar to original included with the HW2 at AliExpress.

Conclusion of the Huawei Watch 2 Sport

This hasn’t taken the normal path of a review but hopefully, it’s given more than you need to make a sound decision. Until the iWatch is cheap, or the Wear OS software becomes lag-free, or the processing chip in the Wear OS wearable devices is fast enough to handle some serious speed, this is a great choice of watch. It’s not free of quirks but it’s a solid performer and at the price it’s going for, there isn’t anything as feature-rich with LTE/4G.

Watches like the Fossil Sport have a faster processor (3100, this has the 2100 processor) and are waterproof but the main reason I got this watch is so I could have the SIM card in it and forward calls so I can leave home on weekends without the distractions of social media, work etc and yet still be contactable if needed.

Overall, I definitely recommend this watch. ?

This watch continues to perform excellently, now over 6 months of daily use. In fact, with all the Wear OS updates this year it has improved. It’s faster, the battery lasts longer and the apps run better.

It still looks as good as the day I bought it. The ceramic bevel takes a beating and the strap is still in excellent condition and still super comfortable.

There are a few things in life I have bought and continued to appreciate how well they work. One is my Nespresso machine, my electric cordless drill and the Huawei Watch 2 Sport will now join that list.

While this watch still looks like new and performs well, if I don’t use anything other than watch faces and fitness tracking, I have moved to the Apple Watch 6.

This watch really has lasted so well and if you can get one on special or second hand then have confidence in getting an affordable watch that works.

I think the Huawei fitness tracking health app is as good as it gets. Accurate and I love the heart rate graphs and mapping features.

Any comments or questions, drop them below. Happy to help answer anything if I can.

Huawei Watch 2 Sport
Features
Build Quality
Comfort
Performance
What we like (Pros)
Good looking and not too big, but big enough
LTE Sim Card option
Comfort - this thing is so nice to wear
Standard watch strap sizing so east to change strap
Clear, bright screen
What we like less (Cons)
No rotating bevel
Processor - but it's as good as any out there.
4.5
Check Pricing in USCheck Pricing in UK 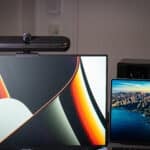